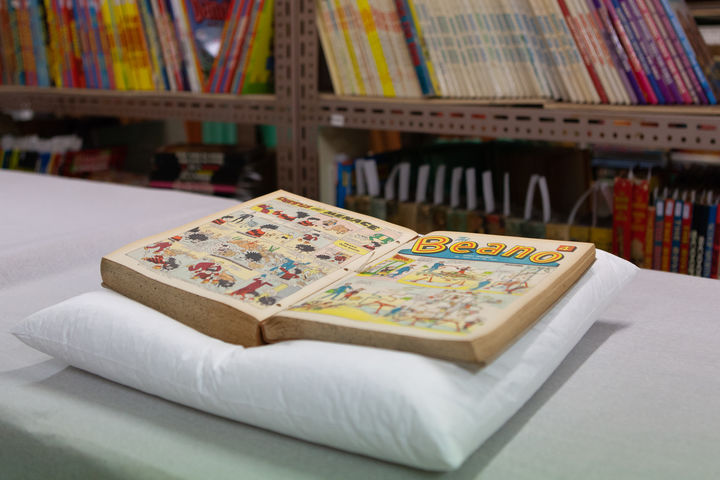 We met with iconic Dundee media organisation DC Thomson as part of our series with V&A Dundee. They produced a special 28-page comic exclusively for the V&A Gift shop, bringing together some of their most loved classic characters. Visit our video for the full story.

A family business since 1905, DC Thomson has been in publishing for well over a century, becoming a leader in Dundee's design heritage. Headquartered in Dundee, they publish newspapers, magazines and have diversified into new media, digital technology, retail and television.

Throughout the course of the 20th Century, DC Thomson became one of the UK’s leading publishers. Their archive provides a fascinating and beautifully kept record of DC Thomson's vast achievements.
Back in 2018 we were asked by V&A Dundee to create a series of videos to celebrate their collaborations with Scottish makers and designers for their gift shop. We wanted to really tell the story behind their inspiration and the work that they created. Over the course of a year we spent time with each designer to learn about how they work. For the project we teamed up with Paved With Gold, and photographer Garry Maclennan.