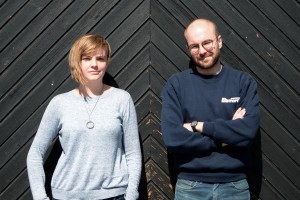 Back in March we started inviting other people who are passionate about making and manufacturing to build their own Make Works in their local area. With Make Works in Birmingham hitting the site just over a month ago we're now excited to announce that Tom Metcalfe and Chloe Meineck are starting Make Works Bristol & Bath, bringing our expanding map of local manufacturing down to the rolling Somerset hills.

Tom and Chloe are going to be spending the summer mapping manufacturers and makers, aiming to launch in the autumn. We're really looking forward to seeing their first listings go up on the site, but in the meantime, we've interviewed Tom to introduce you to Make Works Bristol & Bath. 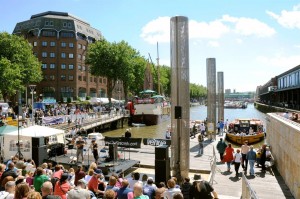 Why does Bristol and Bath need a Make Works?

I think everywhere could do with a Make Works! I’ve been a big fan of Make Works for a while, and wherever I’ve worked I wish I could have had access to a local Make Works...

We’re calling it Make Works Bristol and Bath but we will cover Bristol, North Somerset, South Gloucestershire, East Somerset and Bath. This area is renowned for it’s strength in creativity, digital, engineering and craftsmanship. With that comes an incredible mix of people and companies.

Currently, we just don’t have a really good way of discovering fabricators and manufacturers and connecting them with the creative industries.

What has made you want to start it?

There are a number of reasons why we wanted to start a Make Works here.

We have worked with some brilliant fabricators, engineers and manufacturers, and some of the best ones are poorly represented online – maybe you’ll find them on Yell – and their workshop is tucked away at the back of an industrial estate, but they do what they do, incredibly well. We often forget how great some of our local British manufacturing still is as it’s often mixed up in the rhetoric around the decline in big British manufacturing.

We also hear from designers and artists who often ask us where they can find a company that could make their designs for them. This often serves as much as a recommendation for the company and the quality of their work, as a suggestion that the company could be interested in working on their project.

What I like about Make Works is that it already does a great job of mediating some of the conversations that need to happen at the beginning of a working relationship (things like minimum orders, starting cost, which file format the company wants). This transparency is great for both the creatives and the manufacturers.

Also, by being represented on Make Works, it already says much about the company, as they’re already engaged with the philosophy and format and are therefore willing to work with the creative industries. 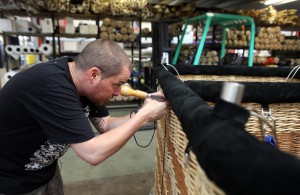 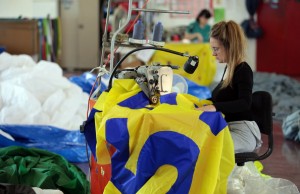 What have you discovered so far about what manufacturing looks like in Bristol and Bath? What sort of fabricators can we expect to see?

It’ll be brilliant and eclectic. We could include the manufacture of hot-air balloons, cutting-edge composites, electronics, card-board boxes, ceramics, textiles etc. There are some really brilliant and diverse companies in the region.

What are you most looking forward to about starting the project?

I’m looking forward to seeing more collaboration between creatives and local manufacturers. Make Works Bristol and Bath is there to support both communities and make it easier to start working together.

Also, I just want to spend even more time in workshops and factories – I love the processes, the industry, the people…

You are also a practicing designer. Can you tell us a bit about your other work?

I run a design studio that focuses on designing and building physical and digital products with a focus on experience and interaction. My work ranges from designing concept stores for a knitwear startup, to a mind-controlled beer pouring robot hand-cart, to a family of connected-products that bring pets, kids and technology together. 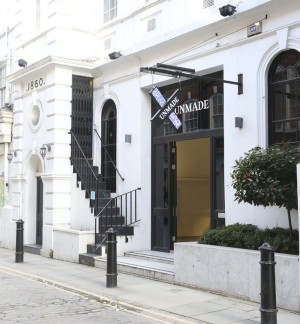 My work has been commissioned by the likes of Selfridges, Victoria and Albert Museum, Christie’s, and I also deliver keynotes and workshops around the world on experience design and technology; recently that has included SXSW, Interaction16 and O’Reilly’s Solid Conference. And I do some Postgraduate teaching too at Hyper Island. Previously, I was Senior Creative at Random International, Designer at the Product Research Studio in Dundee and the Producer of REACT Objects Sandbox based at Watershed, Bristol.

Also, I’m delighted to be working with Chloe Meineck on Make Works Bristol and Bath!

She is also a designer and is the founder of STUDIO MEINECK, an award winning social design studio that specialises in designing with people rather than for people. She uses co-design, craft and interactive technologies to explore issues around empathy, emotionally durable design and identity. 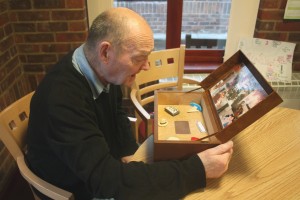 She has been on many national and international residencies to develop her first product Music Memory Box designed with people with dementia, including The Crafts Council’s and Watershed’s Craft and Technology Residency, Designer in Residence at the Design Museum and was artist in residence in Japan at KIITO – Design and Creative Center Kobe – supported by the British Council. Her work has been featured in the Guardian, Blueprint, The New York Times and Wired online.

What do you think is the future for local manufacturing?

Large-scale manufacturing will remain in some value chains, but there will be an increase in small-scale, local, on-demand manufacturing. We will see distributed small-scale local manufacture due to pressures like changing consumer desires towards customisable and personalised products; agile manufacturing which brings new opportunities to small scale production, combining new and traditional processes; a support for local and national economies; and a desire to reduce our environmental impact. Fabrication of one offs and small-runs will remain a core part of local-manufacturing as they are today.

I hope through Make Works we can broker many more relationships between local-manufacturing and the creative industries and see both flourish even more.

If you are a manufacturer, material supplier or workshop facility based in the South West and you'd like to be involved then please contact us and we'll put you in touch with the Make Works Bristol & Bath team!

We would love to see more Make Works popping up all over the UK and beyond. If you've been inspired and think you might be up for the challenge you can find out more about what it takes to start a region here.