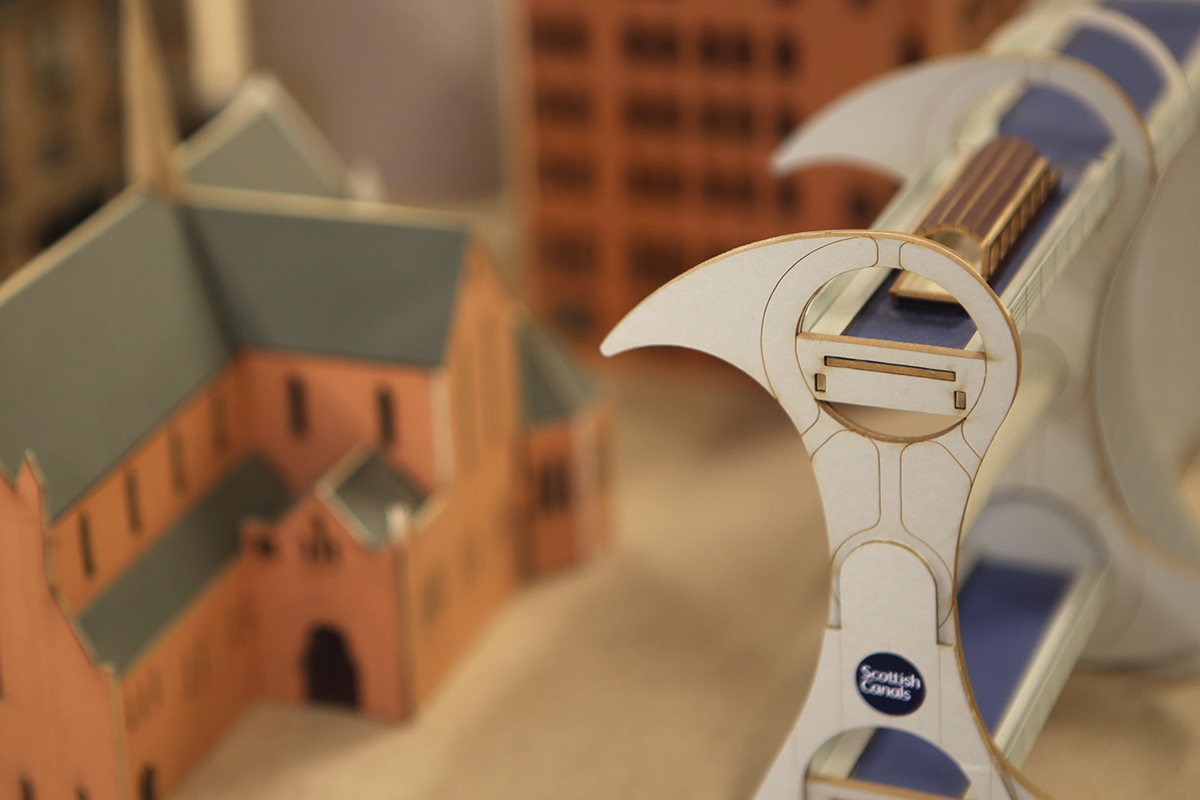 This Guide to Model Making was written by Franki Finch, who runs Finch and Fouracre, a model making studio in Glasgow producing architectural and exhibition models to commission, alongside model kits for retail.

What is Model Making?

Model making is the act of producing real (ie. not virtual) 3D representations of buildings or objects. They are made to a scale, for example 1:100, which means the model is 100 times smaller than the original, though it could be 1:1, which is full size, or even larger, such as 8:1, where the model would be 8 times the size of the original. Materials used generally include plastics, timber and card.

Models can be made using a variety of materials and techniques, and this will come down to what the model-maker likes using, and what is suitable for the project and budget. Whatever it is the model is going to be representing, all models start with a set of drawings of the design. 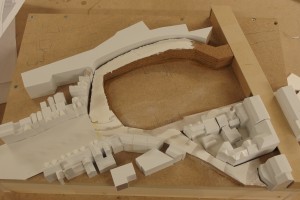 The model-maker will then usually plan a basic structure to which detail is added. Most model making involves a good amount of working by hand, even if other fabrication techniques are used as well. 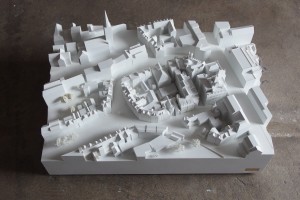 Timber will often be used as a base structure for a model. For example, an architectural model will start with a timber base, onto which the model buildings are glued. A model of a ship may have a timber 'skeleton' which is then added to. Various plastics or timbers will then be used to create the detail required, and this can be finished in a range of styles with paint, textures and finishes. Digital fabrication techniques such as laser cutting, CNC cutting and 3D printing can be used as part of the model making process, but often will be used in conjunction with other materials and hand-built components. 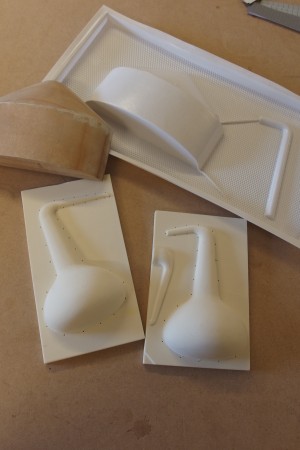 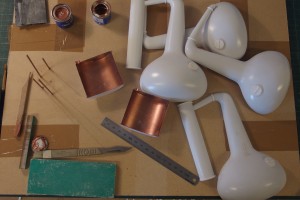 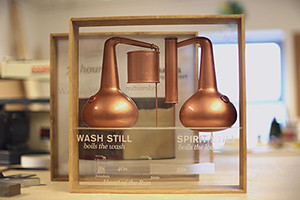 In this model, the detail was added by hand, and painted. The finished models were used in a laser-etched acrylic and timber case.

Models will be produced for different reasons, and it is important that the model produced is appropriate for the purpose. A sketch model will be used to quickly work up an idea in 3D - usually an architect or product design will build this themselves. They may use paper or card, or even a mouldable material such as clay. Sometimes at Finch & Fouracre we’re asked to produce a working model for an architect - the level of detail may be limited, but it will show the general idea, with the possibility that parts of the model will be removed and changed as the design develops. A massing model will usually be at a small scale, showing the general forms of a proposed build to give an overall impression. However, a presentation model will be often used to present the finished idea to a client or planning department, or for a competition entry. Usually the level of detail is as high as possible to communicate the intricacies of a design.

Models can be finished in different styles, such as all white, highlights of colour, all timber, or full-colour. It could also use a combination of these to highlight different aspects of the model. 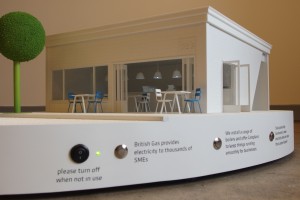 Lights and other electronic features can be used to enhance a model. Often a presentation model will be given the extra ‘wow factor’ with inbuilt lights. The model I produced of the Glasgow School of Art library had LEDs to represent all the original lights. Lights can also be interactive, with push buttons for the user to highlight different parts of the model. Other electronic and interactive features can include moving and motorised parts, or be used in conjunction with projected images. 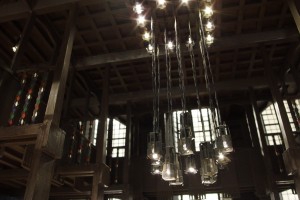 Different model makers will have different approaches to making models, but should be happy to come up with ideas and suggestions to guide you towards the model that suits your needs. Any information you can provide will be useful for the model maker, such as drawings, Sketchup models, other examples you've seen, as well as scale, size, level of detail, and what the model is to show. At Finch & Fouracre we often come up with a few different price options for the client to compare.

In my experience, the biggest bugbear of model makers is not enough time and not enough information. Models can often take upwards of a few weeks to produce, and I've worked on models that have taken a number of months. It can be hard for a customer to know how long a model is going to take to produce, so make sure you ask when you're getting a quote, as well as the availability of the model maker.

Why make a model?

The purpose of a model is to show someone what something looks like in three dimensions. This may be a proposed building to show a client, planning department, or community. This may be for the designer, for the purposes of developing and improving a design. It may be for the public, for example visitors to a museum, to show how something looked in the past. Whatever the application of the model, the effect is often striking and attention grabbing.

Models show both detail and context, which is very hard to appreciate on virtual visualisations, and are easy for the viewer to understand, unlike architectural or structural drawings. They can often be a big draw in a museum context, and people just love seeing things in miniature!

You can check out Finch and Fouracre on Make Works here

Alongside Finch and Fouracre, other model makers in Scotland include Chalk Works and artist fabricators like Old School Fabrications.