An overview of the processes and materials used in jewellery manufacture 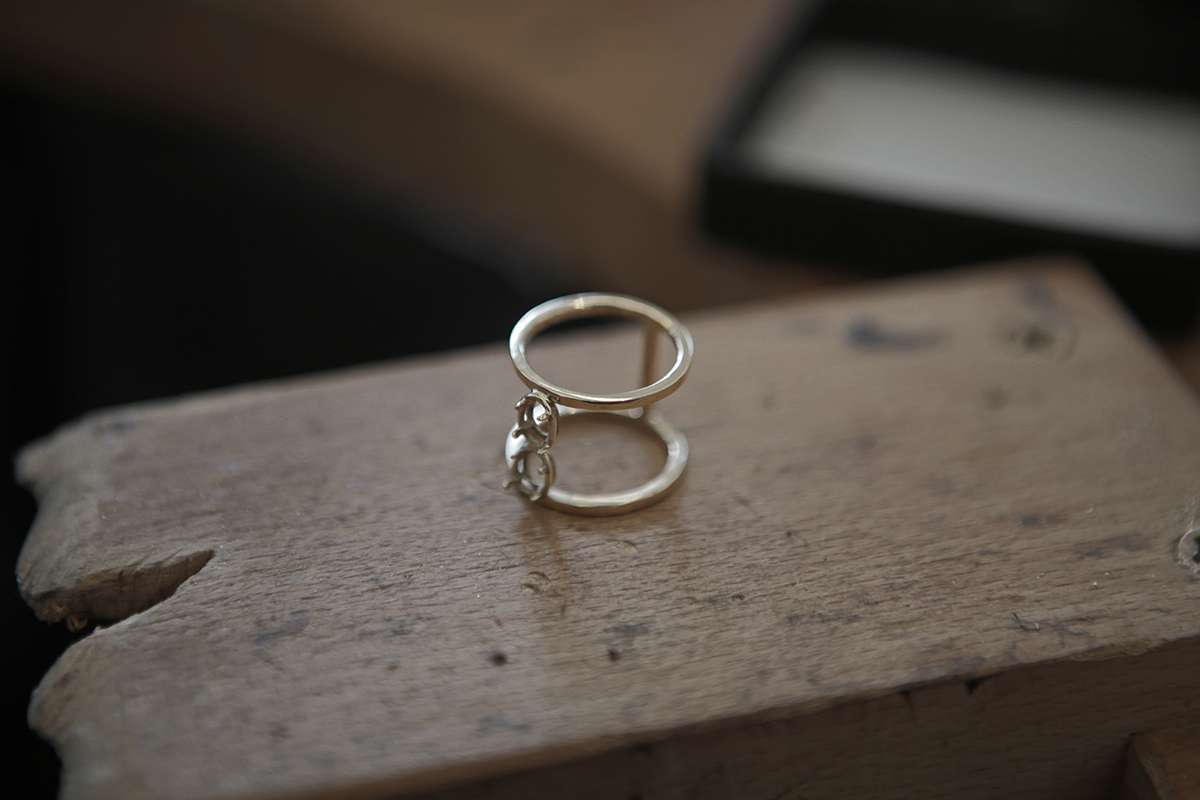 This Guide to Jewellery Production was written by Jeweller Dauvit Alexander
Jewellery is broadly defined as “ornament for the body”; it is ornament which can be worn and while this definition is frequently challenged and stretched by what are often referred to as “art jewellers” or “contemporary jewellers”, the majority of jewellery can be described as being wearable ornaments, often made from high-value materials such as precious metals and gemstones.
The Jewellery industry – especially in Scotland – comprises largely of micro-businesses and small-to-medium sized enterprises (SMEs) with a few specialist larger manufacturers. The market divides into several sectors which largely correspond to the divisions in the business sizes: micro-businesses are likely to be involved in small-scale or individual production at a low-to-medium value level; SMEs are more likely to be involved in medium-to-high value production and the larger businesses are likely to be involved in production of high-turnover low-value work for the tourist industry.

In terms of materials and processes, traditional jewellery production can be looked on as a form of micro-engineering, requiring the production of objects in metals with great accuracy. Most jewellery is produced from the precious metals – silver, gold, platinum and palladium – but may be produced in other materials such as pewter (especially for work for the tourist industry) or steel. These metal objects can then be connected – to make chain, for example – or be set with stones, enamelled or polished and in the very highest-grade of jewellery, multiple techniques may be used simultaneously. In order to create these pieces, a range of techniques are used, from the ultra-traditional cutting of metal using a saw, through soldering, into lost-wax casting and in more recent years 3D technologies such as laser-sintering and digital technologies such as laser-cutting have begun to play a part in the jewellery industry, a role that is set to expand as these technologies become more and more available.
The main techniques used can be divided up as follows:

Working with a designer who understands the potentials and pitfalls of the specific jewellery materials and how jewellery works in relation to the body.

The cutting of metal into elements or units which can then be formed into jewellery items. The cutting is generally done with a piercing saw but laser-cutting may be an option. Forming is the shaping of the metal which can be done by hammering, bending, raising over a stake, sinking, die-forming or any number of other processes. Marianne Anderson's work is notable for the use of hand-pierced elements.  Kathryn Hinton uses digital methods to produce dies for forming her silver vessels by press-forming.

The joining of metal using heat. This can be done in many ways but the most usual is to use a gas-torch of some sort. Increasingly, laser-welding and TIG welding are coming into use in the jewellery studio.

Using wax models to create moulds which are then filled with molten metal. This is a complex and specialised process which allows for the rapid production of multiple units or for the production of units which might otherwise not be possible. Waxes may be carved by hand by specialist wax carvers or may be created by digital milling and while many jewellers do cast their own work, specialist casting companies are preferred by many. Carol Docherty is an excellent wax-carver and this is an area of production in which she specialises.   Carradale Foundry are a casting company in Argyll who specialise in jewellery materials.

This is a job which would have been historically separate from that of a “jeweller” but which has increasingly become a skill in which jewellers train themselves. This is the fitting of gemstones into the finished pieces of jewellery. There are still good stone-setters around and for the setting of large numbers of stones or for specialist settings, many jewellers prefer to use these external setters.  Inness Thomson is a specialist stone-setter.

This is the colouring of metal by the application of fused, coloured glass to the surface. It is a highly specialised skill and most jewellers would outsource this to a specialist. In recent years, it has seen a revival in popularity.

The finishing of jewellery which has been completed. This is effectively the last stage in production and although their used to be specialist polishers – there are still a few in places like Birmingham and London – most jewellers now do their own polishing.

These may include many different processes but the most usual is the production of wax models by digital means, these models then being cast by the process of lost-wax-casting (4, above). Laser sintering has been used to directly form metal objects but this has not become mainstream due to the cost implications for jewellers. Laser-cutting and water-cutting have been used by some makers but the main use of laser-cutting is on non-metallic materials such as wood, leather and plastics. Jonathan Matthew Boyd uses digital technologies in all aspects of his work. Mhairi Mackenzie at Bonnie Bling has made laser-cutting intergral to her jewellery manufacture.

Jewellery facilities can be found all over Scotland. For education and training, Glasgow Kelvin College, Glasgow Metropolitan College, Glasgow School of Art, Edinburgh College of Art and Dundee's Duncan of Jordanstone College of Art all have excellent departments offering a range of specialities as well as general courses.
Many cities have small jewellery workshops for hire:
Glasgow: Au Boutique and O-pin Studios.
Edinburgh: Silver Hub Studios
If you've enjoyed reading this Guide to Jewellery Production, check out our Guide to Laser Cutting