An overview production guide to the essentials of working in ceramics. 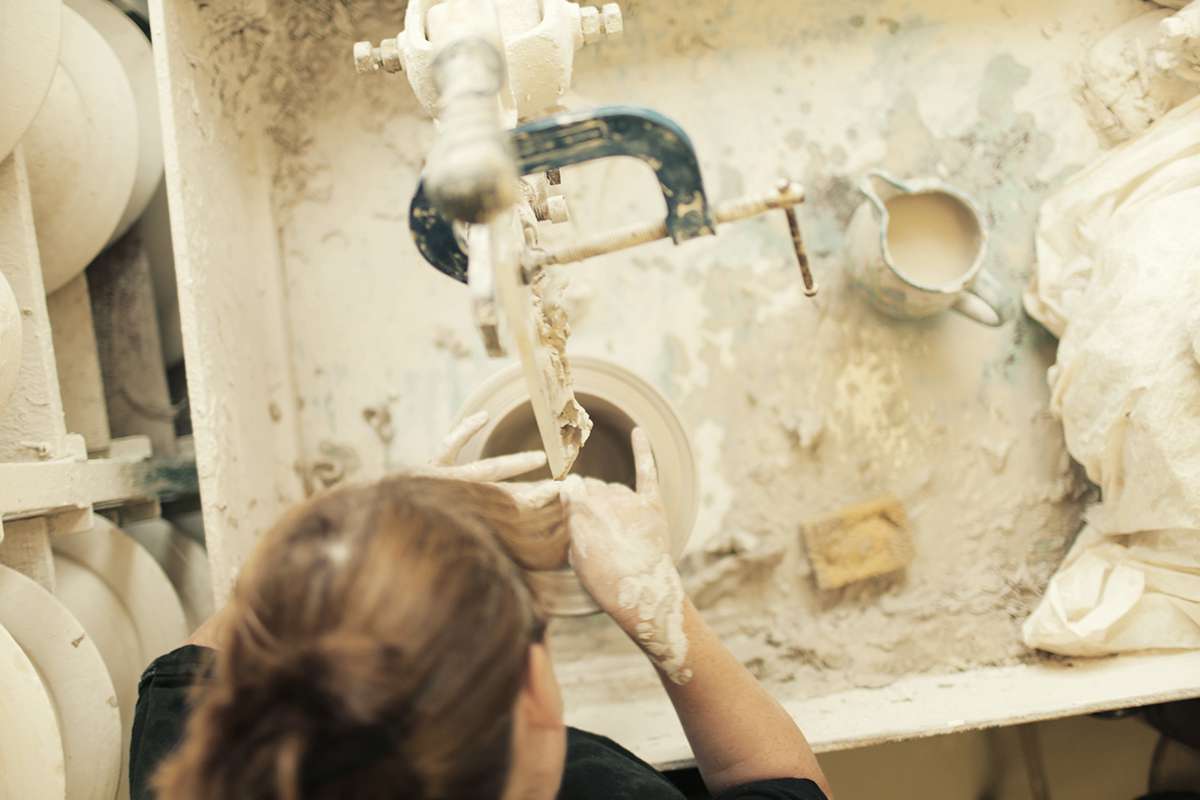 This Guide to Ceramics Production was written by Ceramicist, Kevin Andrew Morris

Ceramic is created with the exposure of clay (consisting of a varying compositions of minerals) to heating and cooling. It is important to understand the various changes in material that can occur throughout this process as well as the variety of processes that can be used to form this material. These can be grouped as follows Hand building, throwing and using moulds.

Clay bodies and casting slips can be used in a liquid, plastic, (greenware) leather hard or bone dry stage as well as after firing at bisque and glaze temperatures. Understanding of these stages will influence the visual quality of a final piece and is key to working with ceramics. As a general note, ceramic works shrink (around 10%) when fired in the kiln. 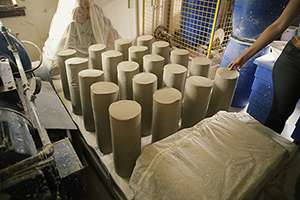 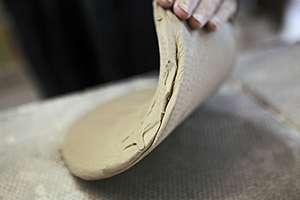 Greenware refers to unfired objects that still hold sufficient moisture content to be plastic, soft and malleable but are prone to distortion. Leather-hard refers to a clay body that has been dried partially; clay bodies at this stage are very firm but only slightly pliable, while bone-dry refers to clay bodies that are ready to be bisque fired and should be handled with care, as they are very brittle.

Once the clay body has been shaped to the desired form/object and dried it is fired in the kiln for the first time, this is known as the bisque firing. Once the clay body (now referred to as bisque-ware) has been fired it is affected in various ways due to a chemical change in its mineral components and the removal of water including colour change, shrinkage and increased strength.  A glaze may now be applied to the bisque form (using a variety of techniques) and re fired. During the glaze firing glaze material melts and adheres to the object, the clay body is further affected by this chemical process and is hardened. A clay body can also be decorated before firing (using a variety of techniques) 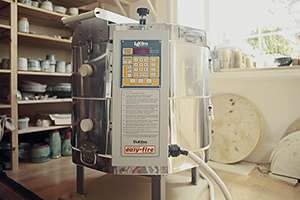 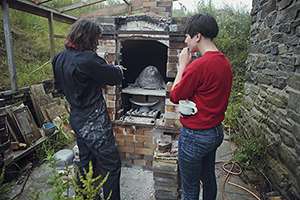 Clay bodies and casting slips as have a large number of different properties, which can influence choice of manufacture, one of the most commonly used classifications for clay bodies is related to the characteristics after firing. Porosity, colour and translucency are the three most important properties used to classify a fired body, according to these properties; earthenware stoneware and porcelain can be distinguished.

Earthenware clay bodies are intended to be fired at temperatures less than 1180 C with low temperature glazes, traditionally earthenware is porous and needs to be glazed all over to be watertight. A stoneware body is formulated to achieve a vitrified and strong body at higher temperature ranges of 1220 C and higher, fired to vitrification point the body will have a low porosity. Porcelain can be distinguished from the two bodies by its very white and glassy appearance and translucency when thin. A porcelain body is also extremely hard and non-porous fired between 1250 C and higher for some industrial porcelain.

Once the appropriate clay body has been selected it is necessary to prepare it prior to manufacture, this is done by means of wedging. Wedging is an action traditionally carried out by hand but has since been replaced by use of the pugmill. It involves the throwing and kneading of the clay body on a workbench; the purpose is to disperse the water more evenly and removed any air from the clay body, clay bodies can now be formed using a variety of processes.

Hand building is one of the earliest methods of shaping clay and is still widely practiced. Objects can be made by hand using coils of clay, combining flat slabs of clay, or pinching solid balls of clay, usually joined together using clay slip. Hand building techniques allow for full control of the shaping of objects as well as the opportunity to build thicker walled objects. 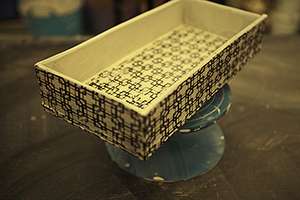 Extrusion is a process used throughout industry to create objects with a fixed cross sectional profile; clay can also be pushed through a die of the desired cross section to create complex continuous shapes often used in the manufacturing of pipes.

Throwing and turning referrers to the forming and shaping of clay bodies on the potters wheel, the potters wheel is generally used to shape round ceramic ware and can also be used to trim excess clay from the object, it can also be used in the application of decoration. A ball of clay is placed onto the centre of the wheel head, which is rotated by means of foot or electric motor. While rotating the ball of clay is pressed, squeezed and pulled gently upwards and outwards into a hollow shape. Initially the clay must be centered on the wheel head to create rotational symmetry; this is done by pressing the ball of clay downward and inward and is considered the most important skill to master before moving on to the next steps: opening (making a centered hollow in the ball of clay), throwing or pulling (drawing up and forming the walls to an even thickness) and finally trimming or turning (removing excess clay to refine the shape or create a foot ring). Thrown objects can also be altered and added to by the use of various techniques on or off the wheel. 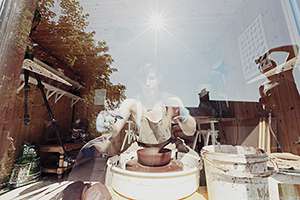 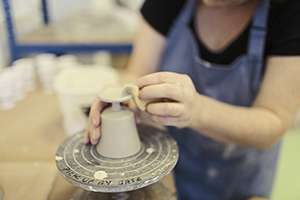 Jiggering and jollying could be seen as extensions of the potter’s wheel, in jiggering a profile is slowly brought onto a clay body that has been placed on top of a rotating plaster mould, shaping the clay body into flatware by the different rotation of the profile and mould. Jollying is a similar technique used in the forming of hollow ware. 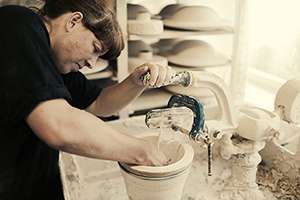 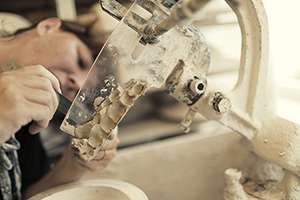 Press moulding refers to the forming of clay bodies by pressing into a mould. Slipcasting also relies on the use of plaster moulds, producing complex uniform shapes. Slip casting is often used in the mass production of pottery and involves the pouring of a liquid clay body slip (usually mixed in a blundger) into plaster moulds. The water in the slip is drawn out of the slip by the plaster, leaving an inside layer of solid clay. When this is thick enough, the excess slip can be poured from the mould and left to dry, when dry the solid clay can then also be de moulded. 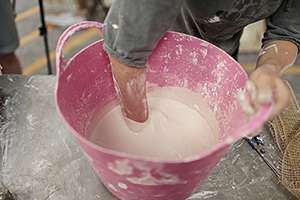 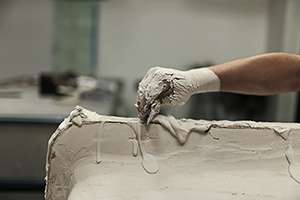 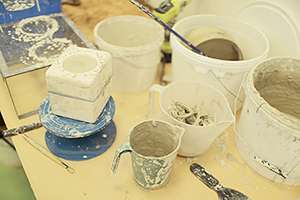 You can find six fabricators and suppliers within the MakeWorks directory that specialise in ceramics.

Highland Stoneware, one of the last larger scale ceramic fabricators in Scotland based in Ullapool. They still use jigger and jolly machines.

Julia Smith is a ceramacist specialising in thrown pieces and screenprinted finishes.

Kevin Andrew Morris is a ceramacist based in Glasgow, providing a range of mould making and casting services as well as specific ceramic fabrication.

Glasgow Ceramics Studio, run by a collective of Ceramicists in Glasgow providing workspaces and equipment for ceramicists along with firing services and classes.

If you've enjoyed reading this Guide to Ceramics, be sure to check out part two which covers ceramic finishing, surface and decoration techniques. 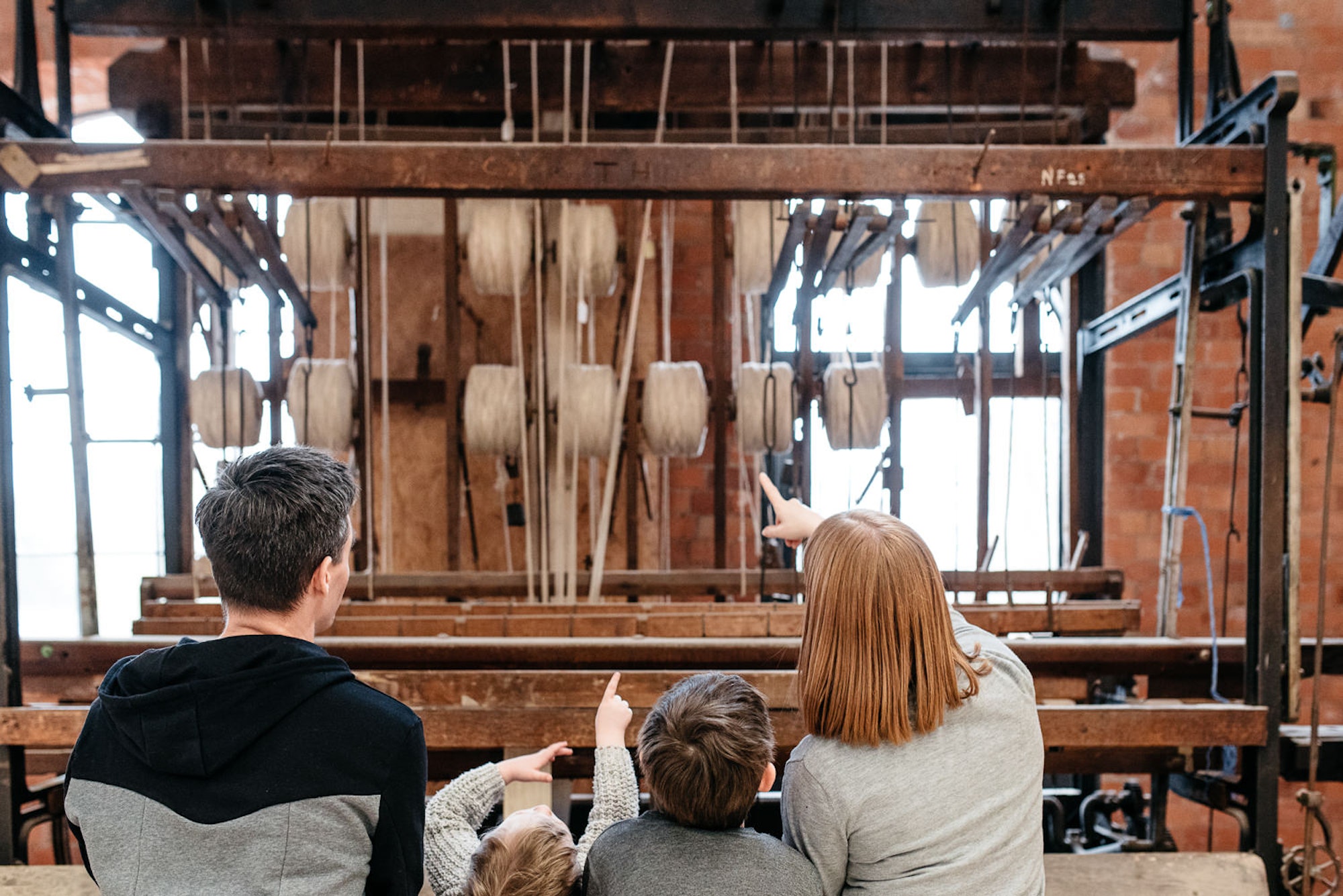