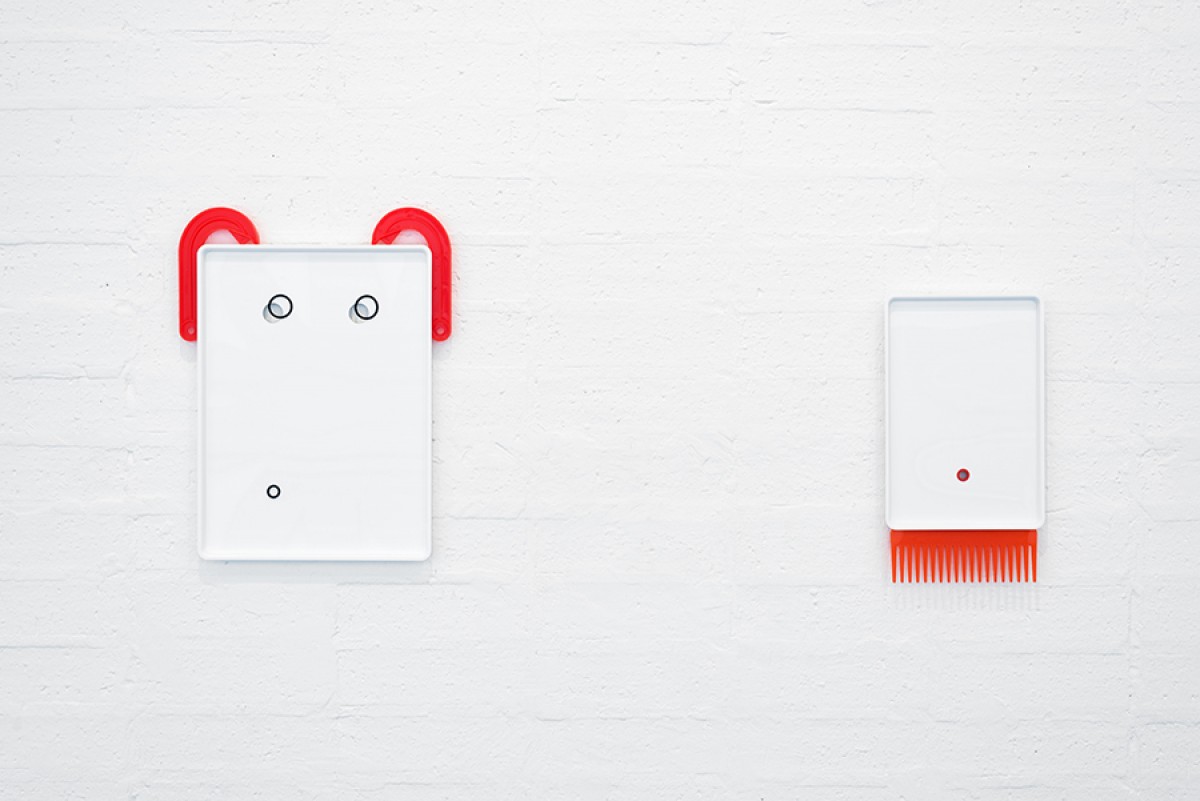 Liverpool based artist Kevin Hunt discusses the production of a series of new sculptures working with Aquajet Profiles in Coventry who he discovered through their Make Works Birmingham profile.

Kevin used waterjet cutting to manipulate found plastic objects that were assembled into a series of sculptures – MMMMMMMMM / Centre…Parting / nudge nudge wink wink / Different Views – which were shown by the Bluecoat in Liverpool in Abacus – an exhibition that invited children to take over the arts centre’s gallery. Artists from the north and beyond designed or contributed artworks to inspire visitors of all ages to watch, play, draw and make. Workshop Birmingham talked to him about the project.

1. Can you briefly outline the project?

I'd been toying with a series of wall based assemblages in the studio for quite a long time that I was trying to finally perfect as I was going to be show some of them at the Bluecoat in their Summer exhibition 'Abacus'. The works used various found plastic objects but were quite different to sculptures that I had made previously in they they felt more like paintings and were as much images of things as they were things themselves.

The found plastics I had collected and used before were all functional - lids, handles, caps or particular parts of toys or packaging – which I adapted and removed from their original context so they were freed up to act like, or suggest, other things. Over a number of years this way of working naturally progressed, and I realised that rather than just re-arranging them, I wanted to cut into and alter these objects, an apparently simple idea that, I came to understand, was much more complicated than it seemed at first as cutting by hand or with power tools in my studio, even with the help of an assistant just wasn't working. I wanted to mimic the industrial quality and finish that plastic objects have, so it seemed another manufacturing process was necessary to make the works do the thing I wanted them to do in the end. 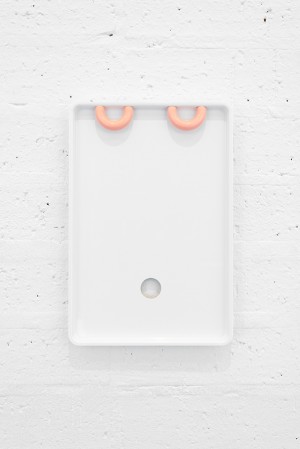 2. How did you come to work with Aquajet?

A friend of mine, Midlands based artist Andrew Lacon, suggested Aquajet and pointed me to the Make Works Birmingham Directory after we were chatting about my making struggle in the studio. I'd tried laser cutting many times but the found materials I was using were not particularly laser friendly - polyethylene and polypropylene don't react well to heat - they singe or sometimes burn up! Water jet cutting had been recommended to me before, but it seemed a much more specialised procedure than laser cutting with only a handful of places I could find in the UK that might be able to take on the small scale jobs that I wanted. I'd been contacting companies closer to home in the North of England that offered the process but most seemed quite difficult to get a response from, especially given that I didn't really know exactly what I was after.

I realised quite quickly that the great thing about these guys was that they had already been introduced to the idea of working with artists, and working through the strange things that artists want to, or don't even know they want to make, through Workshop Birmingham and so my conversations with them from the start felt quite different, they were open to my ideas. 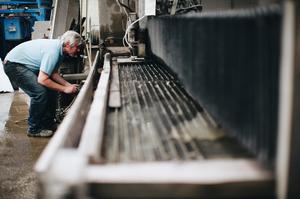 3. How did the process of working with Aquajet work? Was it a simple case of ‘translating' your idea, or was it more of a conversation where the work developed though your discussions with them? Was there anything unexpected?

We started talking on the phone and via email but to be honest I didn't really know what I wanted at the start of our conversations, so I ended up making the trip to Coventry to meet Martin and Lee in person and show them a load of things. They didn't seem put off by my vagueness and naïvety in understanding their process and were keen to show me around Aquajet's facilities and introduce me to the wide variety of materials they were cutting and things they were making - bullet proof helmets were a particular highlight!

I immediately felt that many things were possible! Other companies I'd spoken with had required detailed CAD drawings to enable the water jet cuts to be made before they would even engage in a conversation with me, but Aquajet seemed happy with my more unusual suggestion of scanning in objects directly to make a template to cut from, alongside trying out other methods like using screen prints to generate templates for cuts. Their input and advice really helped the work develop in the way that it did and that was quite unexpected really. 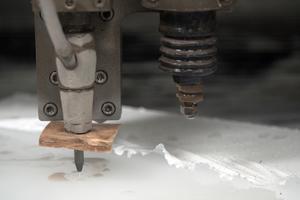 4. How long did the whole process take?

They were really quick, which was brilliant as I didn't have much time until the exhibition opened. I had the water jet cut plastics shipped back to Liverpool in less than seven days ready for me to finish off in the studio. 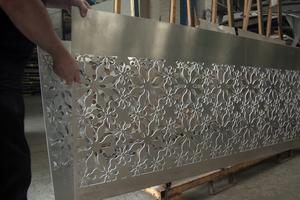 5. Top tips - would you do anything differently next time? Did anything work particularly well? Or not turn out quite like you anticipated.

I feel like I built quite a good relationship with Martin and Lee - they seemed to like the sculptures, I think they thought they were quite funny - and will definitely be working with them again on some ideas for future works. Now that I understand the process more I feel like I can conceive things in a way that I hadn't quite realised was possible before, and knowing how open Aquajet were to my working methodology means I feel quite confident in being able to send them an image or photo to simply ask what they think of this or that. I hadn't anticipated being able to do that with any kind of manufacturer, it is amazing to have that flexibility and advice really as I'm feeling my way through ideas.

6. Why/how do you think resources like Workshop Birmingham are useful for artists?

It's such a simple idea, yet such an invaluable resource for artists, not only joining the dots of a variety of regional fabricators – who are often less expensive and much more flexible than companies based in London, but also allowing a two way process of learning to feel achievable. I felt able to engage with a brand new manufacturing process and Aquajet were able to engage with new customers and work on a more unusual, niche project which they seemed really keen to take on. It's a win win situation and I only hope a similar Make Works directory can be pieced together in the North West soon, as much as I loved going to Coventry to make the work happen this time.

You might also be intersted in Cathy Wade's Star Map


Make Works is an open access and free project. You can support this work by donating directly to the Birmingham region here.