What is Plasma Cutting and how can I use it? 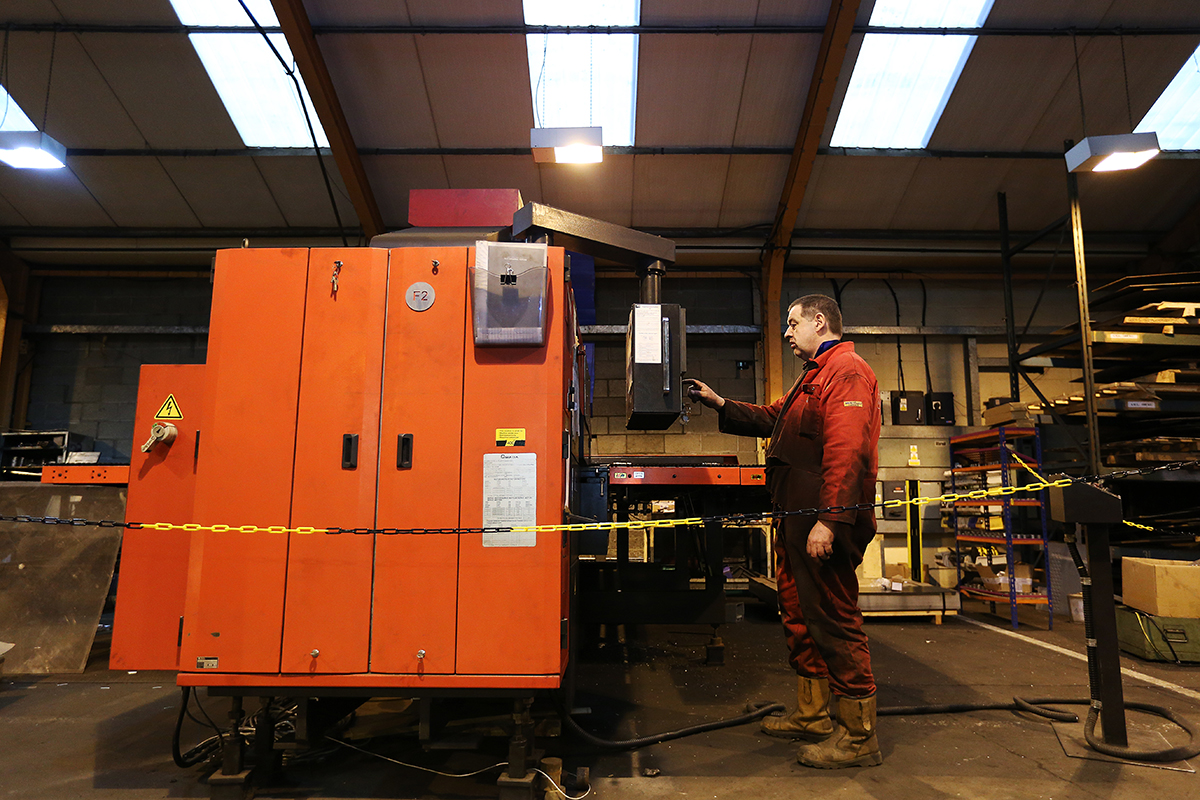 The dazzlingly bright torch of a plasma cutter can be found in most metal fabrication shops. Used to slice through huge sheets of metal of any thickness, this technique is used to manufacture all manner of metal objects such as gates, signage and sculpture. But why would you choose plasma cutting over other profile cutting processes; and where can you access Plasma Cutters on Make Works?

In this guide to plasma cutting we explain what the process is and what you can do with it.

What is plasma cutting?

Plasma Cutting is a profile cutting technique which can cut through any conductive metal. This includes metals like steel, aluminium, brass, titanium and copper - both thick or thin.

Plasma cutting can be done by hand, using a hand held plasma torch. These are sometimes known as plasma arcs, plasma guns, or plasma cutters. There are different types of plasma torch depending on what thickness of metal you are likely to be cutting.  Plasma Cutting also has more industrial applications, such as CNC Plasma Cutting which cuts profiles from digital files onto larger sheets of metal. These sorts of processes make Plasma Cutting super precise in profile cutting. 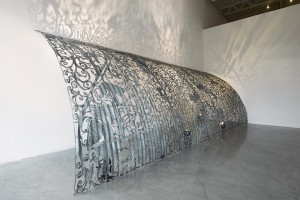 In general, plasma cutting is much lower cost to other metal-working processes such as laser cutting or water jet cutting. It is also a very immediate process, particularly when done by hand.

How does plasma cutting work?

Plasma cutting works by passing a super fast jet of hot plasma through conductive metals to cut through it. 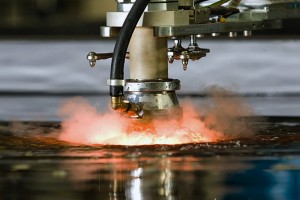 To make the plasma, an electric arc is passed through a gas such as nitrogen or oxygen. This creates a fourth state of matter called plasma. The plasma can then be forced through a small opening like a nozzle, which can then cut through conductive metal. 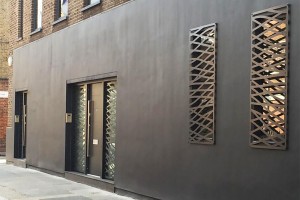 Generally, the plasma technique is safer than using saw to cut metals which is why it is favoured by many metal workers.

What sort of work is plasma cutting used for?

Plasma cutting is used for all sorts of metal fabrication projects and is typically used in on-site construction or salvage yards. For designers and artists, the most common uses are in both signage and sculpture, as well as being used in decorative panels for interior projects. 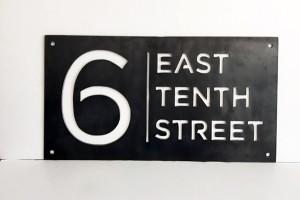 In many mild steel products, plasma cut metal it is often combined with metal finishing processes like powder coating for a coloured finish.

Where can I find plasma cutters on Make Works?