Anna and Pandora Johnson set up Green Door Printmaking Studio to facilitate and run workshops in printmaking techniques and promote print-makers through national and international exhibitions. Both are passionate about following an environmentally sound ethos to run this open access studio. 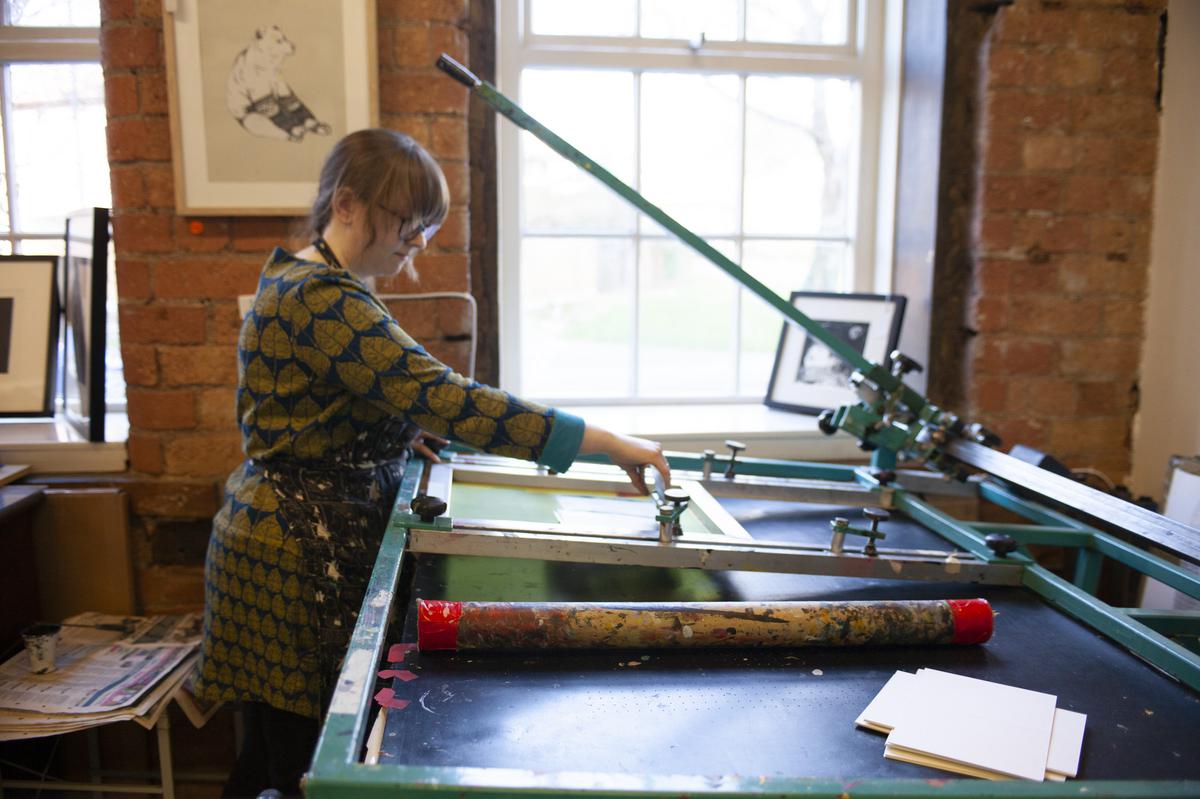 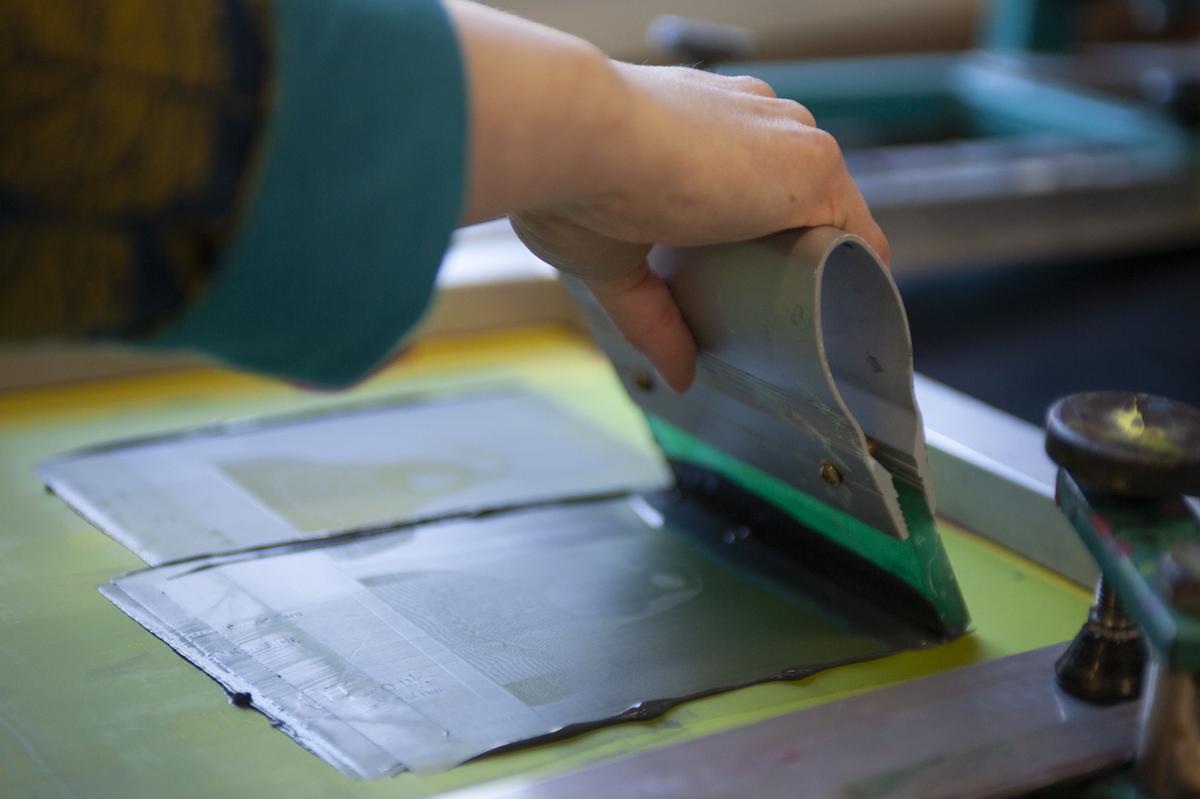 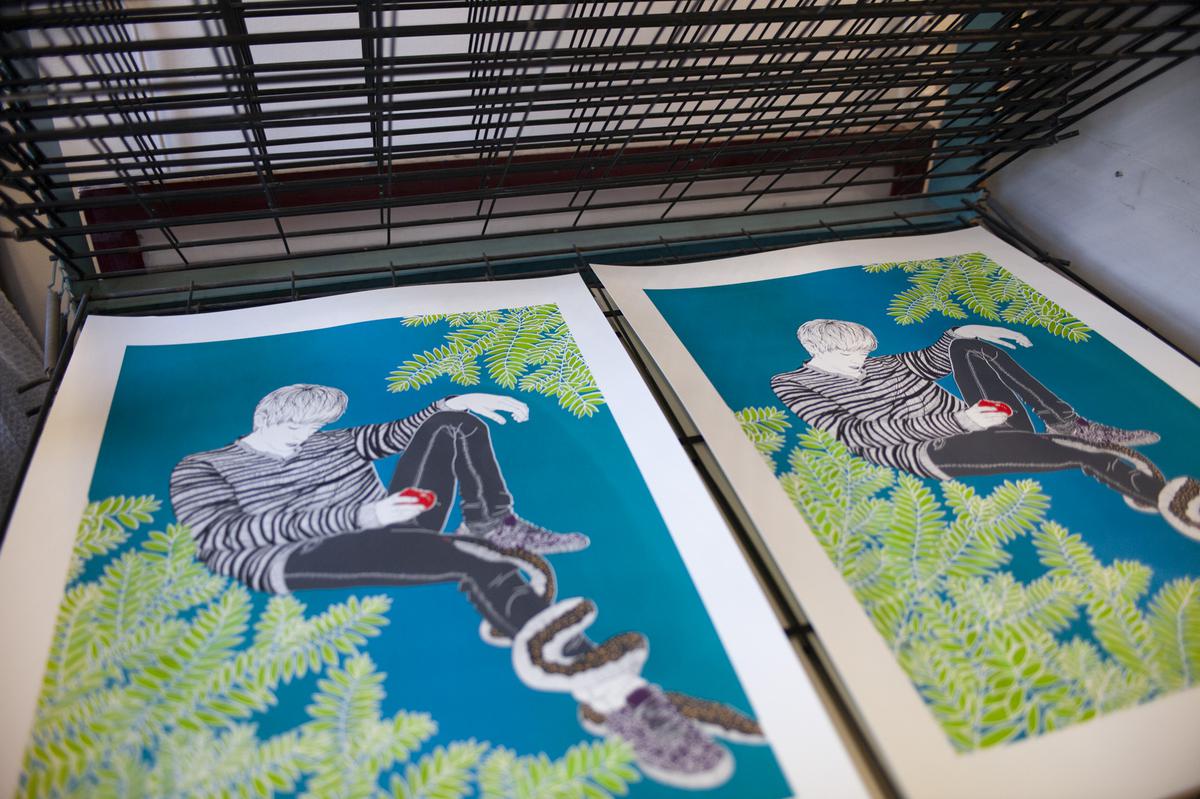 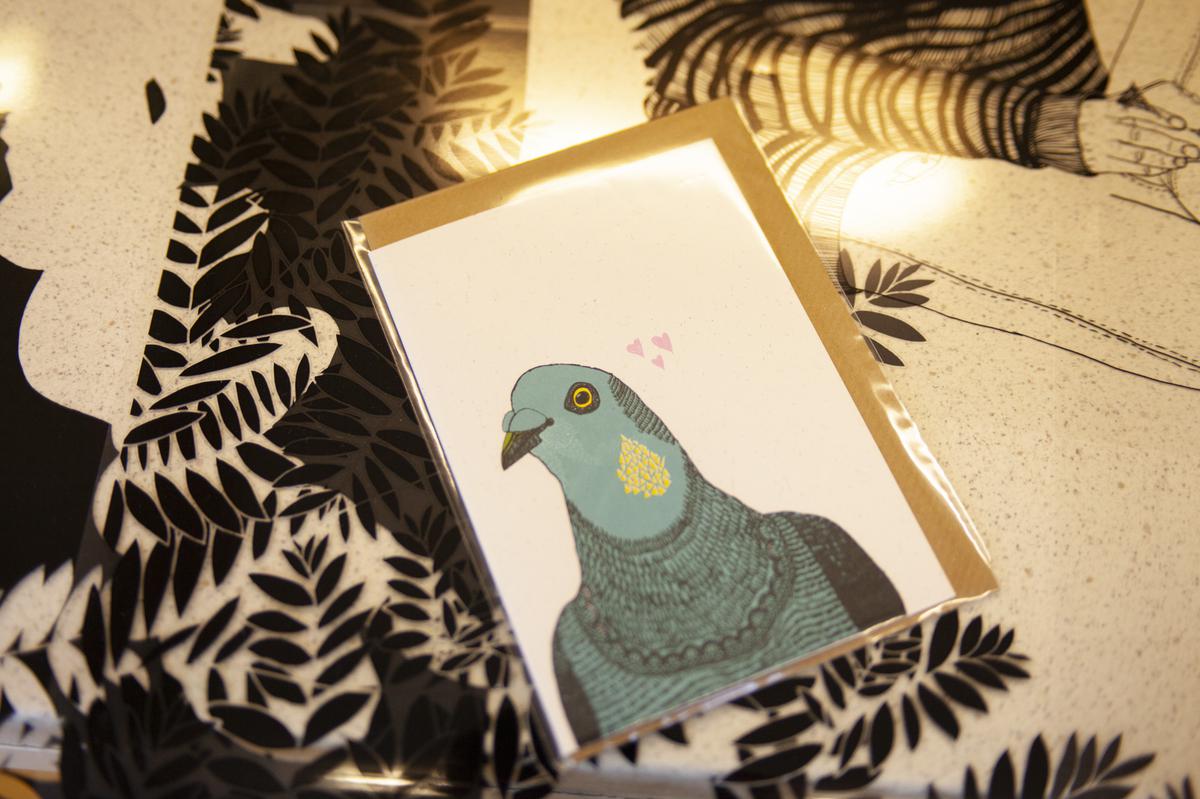 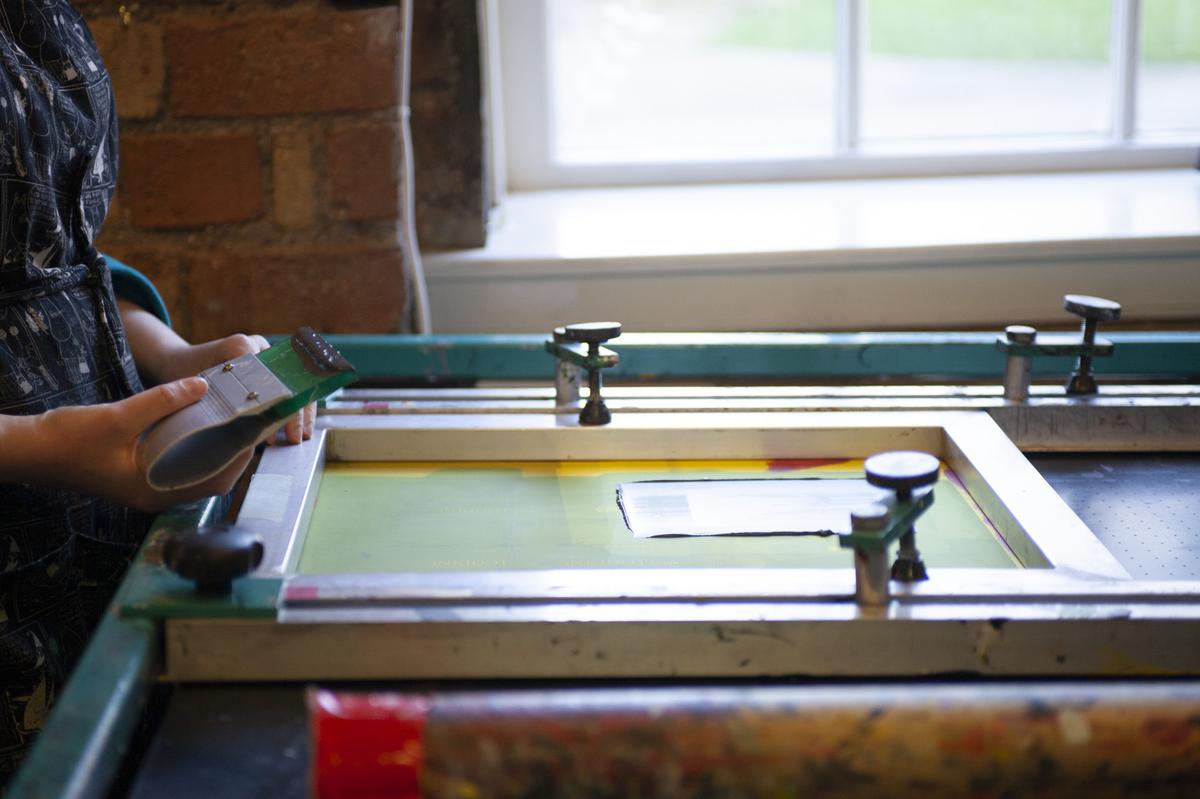 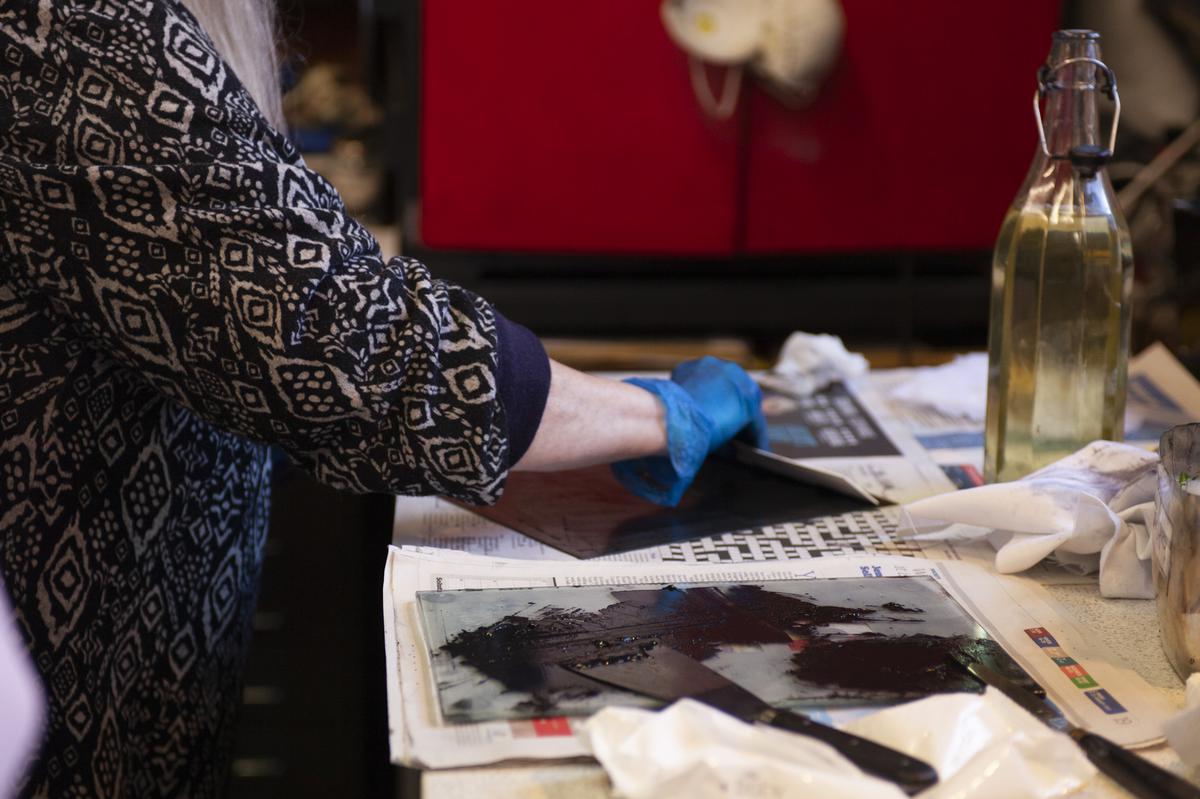 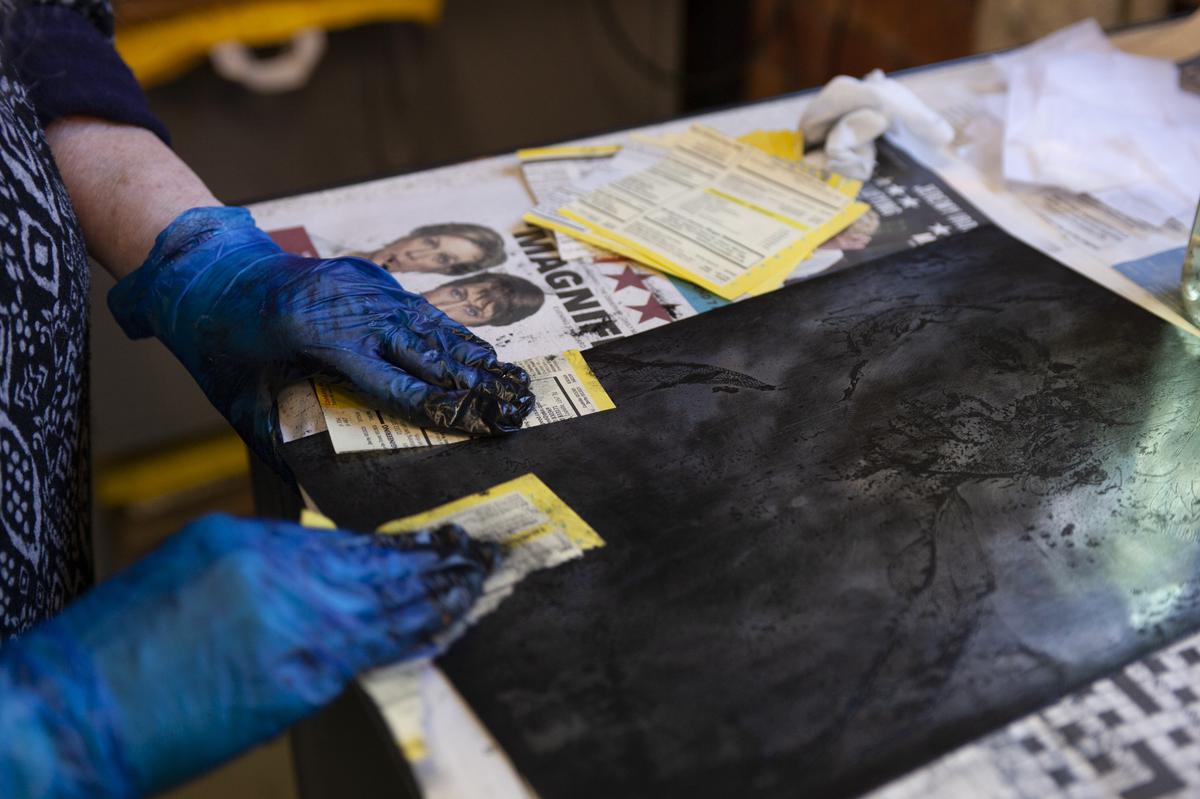 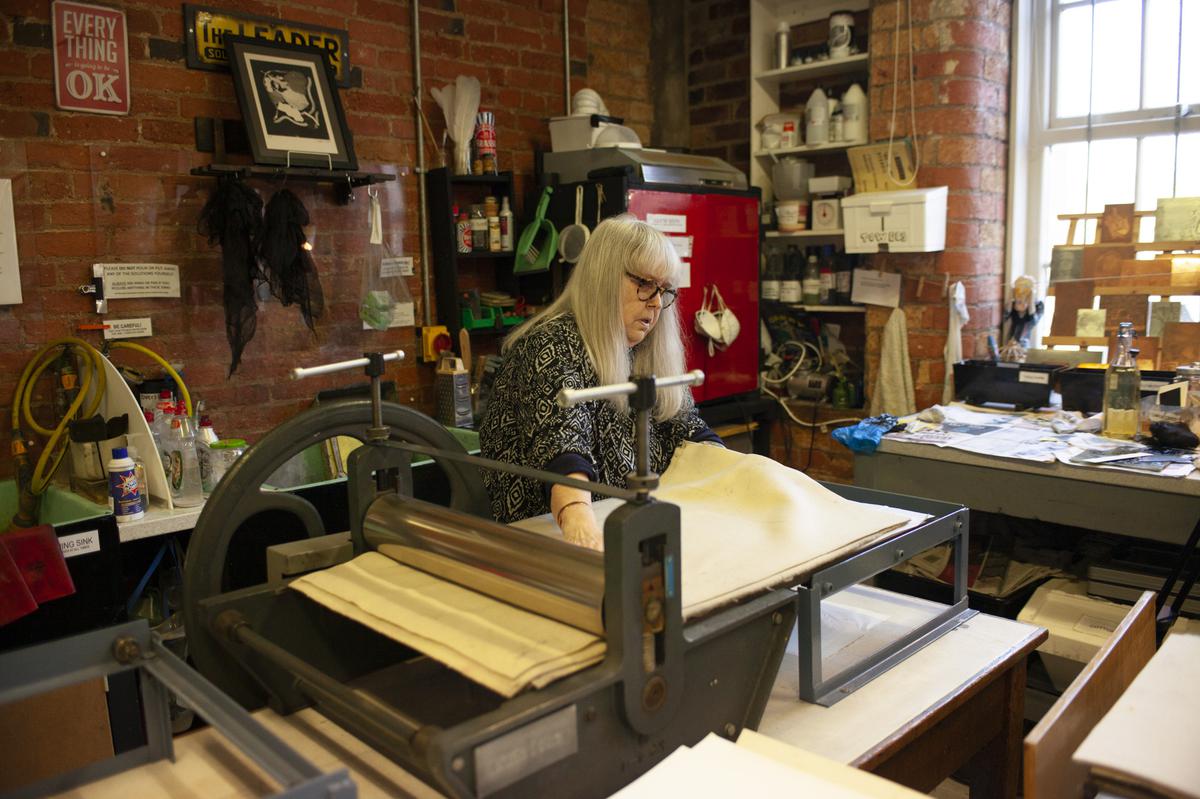 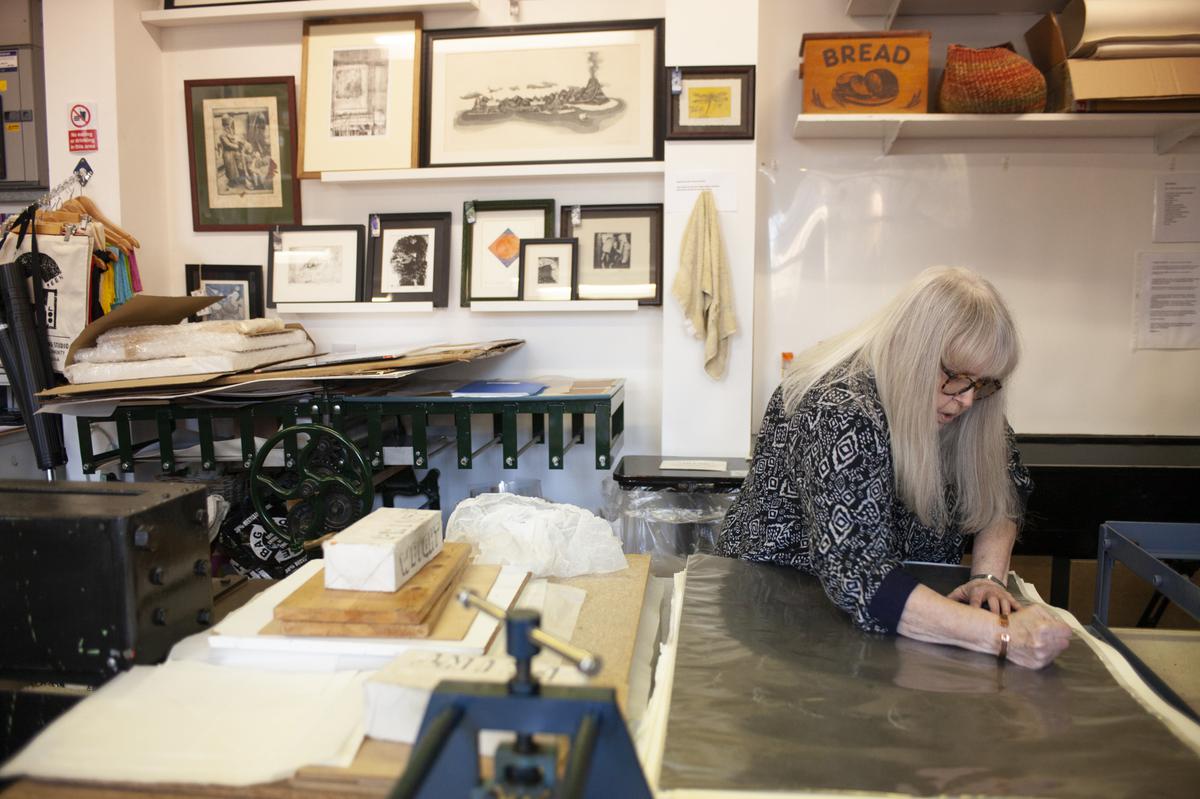 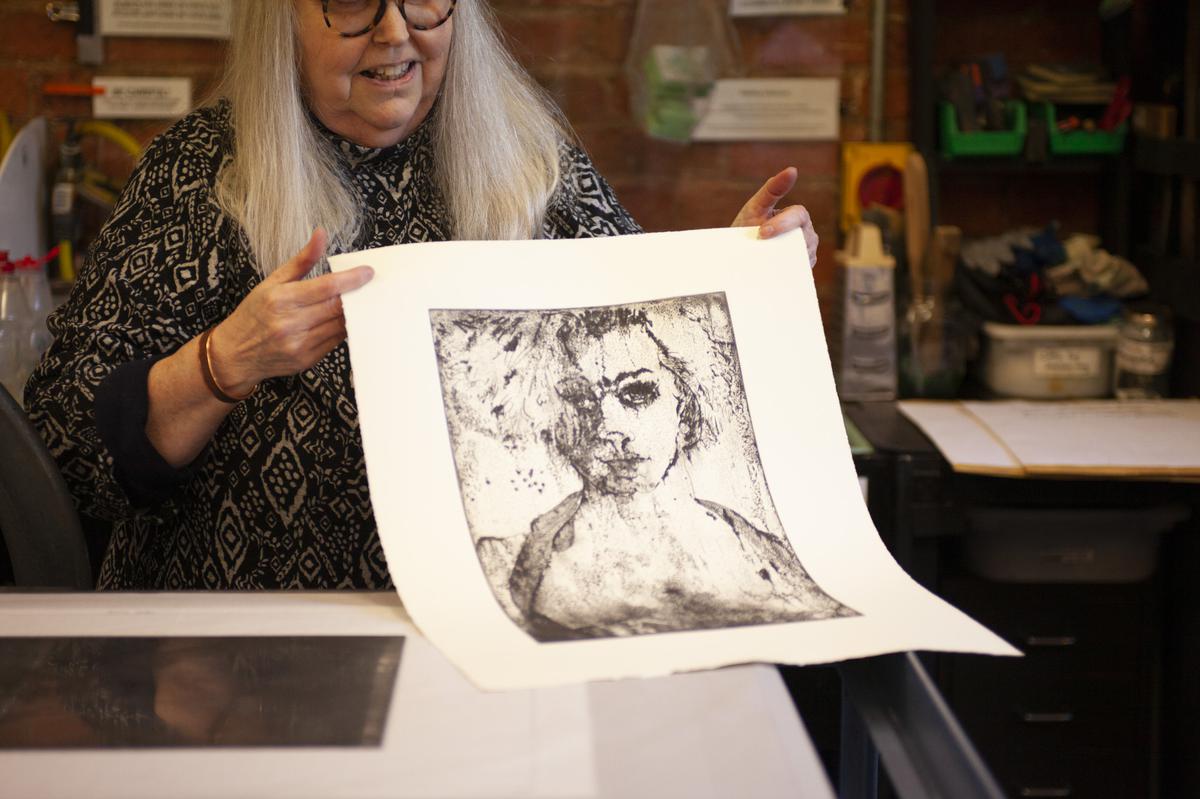 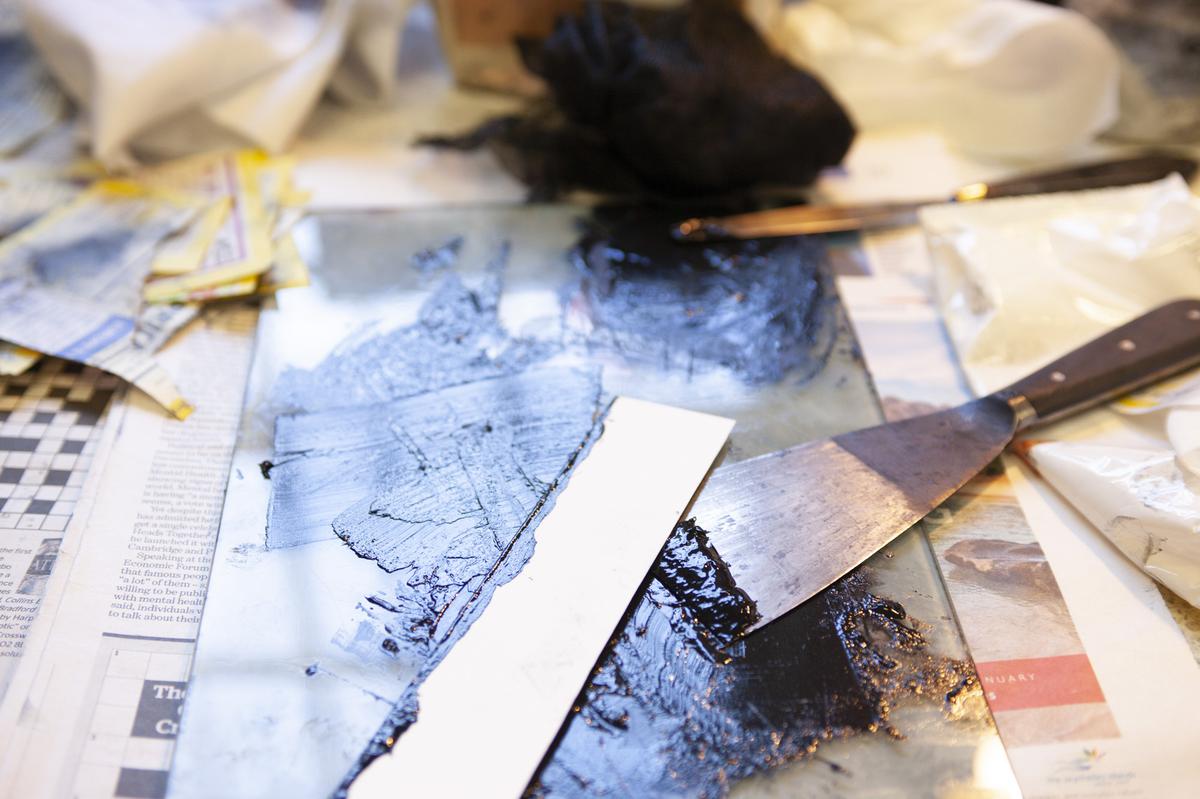 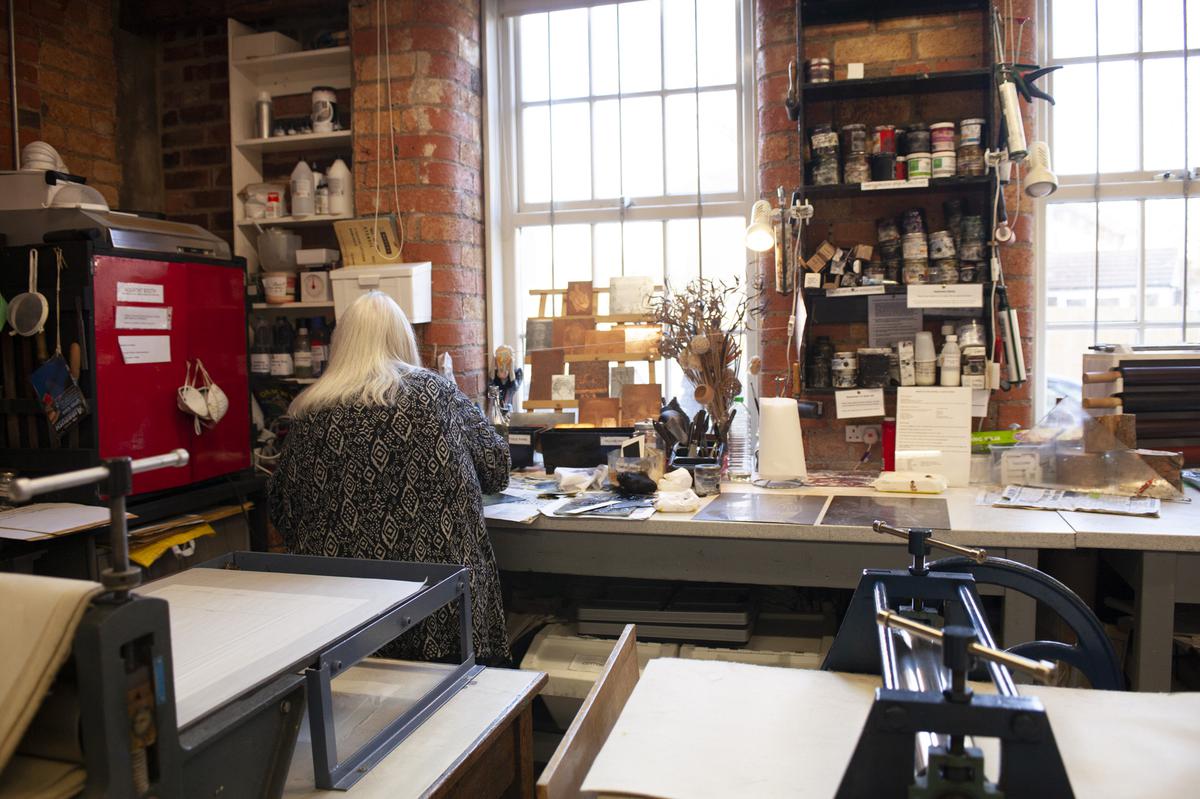 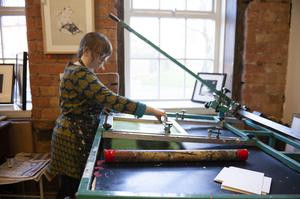 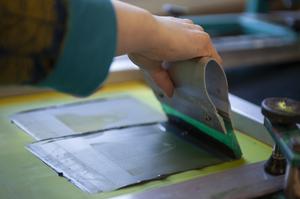 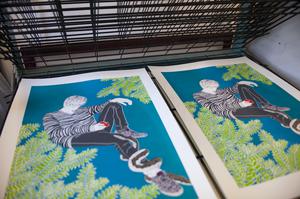 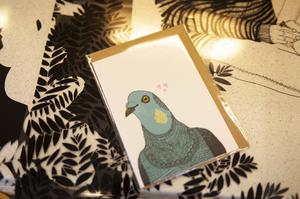 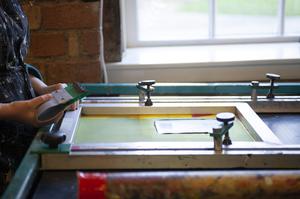 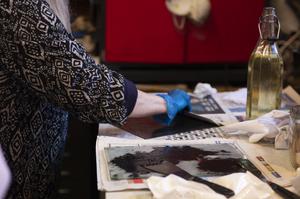 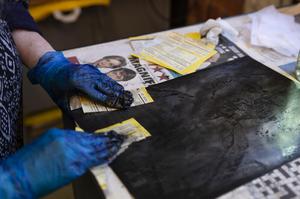 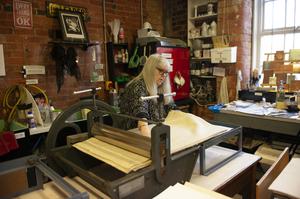 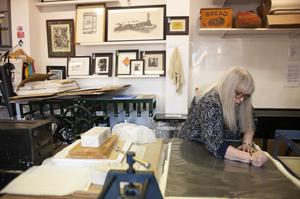 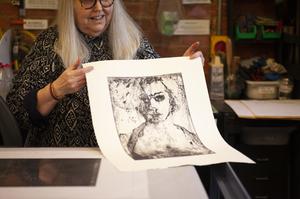 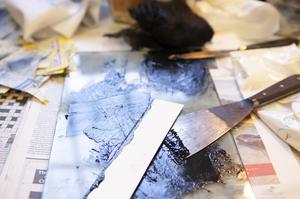 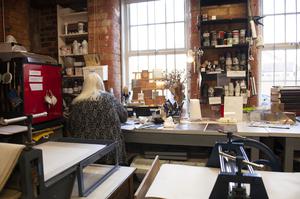 Green Door has been set up from the outset as environmentally sound, outlawing the use of acid, solvents, and other chemicals usually found in traditional printmaking studios. Anna and Pandora are keen to hear your ideas, and ask that you get in-touch for a consultation.

Anna began printmaking when she was studying at Edinburgh College of Art in the 1960s. She trained as an art therapist in Scotland before studying for a BA(Hons) degree in Illustration at the University of Derby, alongside her daughter, and partner in crime, Pandora. When Anna and Pandora graduated, both firmly invested in printmaking for their individual arts practice, they decided it was time to set up a studio of their own. Their main objectives were for this to be open access, accessible to all, and environmentally sound. Green Door Printmaking Studio was first conceived in Green Lane, a University of Derby owned building in 2006. The studio began small, with 5 members working in a small area of the building. In late 2012 Green Door were successful in receiving Arts Council England funding in order to move into Banks Mill Studios. Pandora and Anne run The International Print Exchange which is a unique opportunity to see work from printmakers all around the world, exploring various printmaking methodologies and practices. They also run the Derby Print Open which is an exhibition of artists working with print in the UK. To find out more get in-touch with them directly. 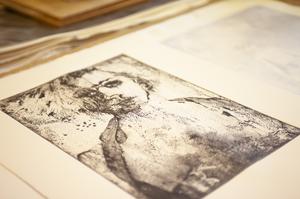 Make Works Derby & Derbyshire, made by